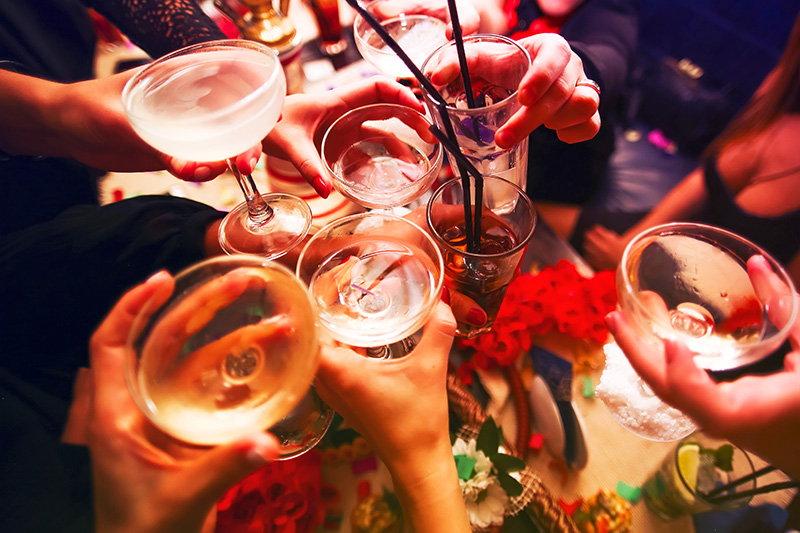 During 2021, incidents of students’ experiences of spiking became apparent in UK news. The National Police Chiefs’ Council reported over 200 cases of drink and drug spiking incidents had been reported to the police across September and October 2021 (1). Due to a lack of data on student experiences of drink spiking we sought out to address this issue.

In November 2021, we ran a survey collecting student experiences of drink and drug spiking. 2730 students completed the survey, over half of whom are studying at university and under 30 years old.

TW: This article will include mentions of drink and drug spiking, sexual assault and physical abuse, which may be triggering to some readers.

Spiking is a serious crime. It is when someone puts alcohol or drugs into another person’s drink or their body without their knowledge and/or consent (2). This  can make the victim more vulnerable for a variety of motives, such as sexual assault or theft.

Different substances are involved in spiking, such as alcohol, ‘date rape’ drugs, other illegal drugs (e.g. cannabis, ketamine etc.) and prescription drugs (e.g. stimulants, sedatives). A date rape drug, commonly known as a Roofie, sedates the victim and then can be used to commit physical and sexual assaults. They often have no taste, smell or colour, so cannot always be detected in food or drink. Most take effect within 15-30 minutes with symptoms lasting for several hours (3).

Some of the key findings from our survey are:

1. The majority of respondents did not think they had been a victim of spiking.

2. Respondents report experiencing spiking in different locations e.g. over one third of respondents think or know that they have been spiked at a local nightclub.

In addition to this, 33% of respondents reported potential spiking at a local bar/ pub and 29% at a house party. This suggests that spiking is occurring in possibly crowded environments, in which alcohol is being sold and/or consumed. Students were also able to provide more detail in the ‘other’ category, which highlighted that spiking was reported across other mediums, such as via food, polydrug use,  deception, and through physical force and abuse. This suggests that spiking can also occur in areas outside of public spaces and with perpetrators possibly familiar to the victim.

3. Over 70% of respondents who think or know they've been spiked did not report their experience(s) of spiking to anyone.

Others reported to the venue that they had been spiked (8%), medical staff (8%) or the police (7%). This data presents the gap between potential spiking cases and the rate of reporting. Spiking may remain underreported for a wide facet of reasons. For example, spiking victims may struggle with a wide range of emotions, such as not being believed or being blamed. This may have to do with societal and cultural stigma and mistrust in the police (4).

4. A quarter of those that did report their experience of spiking were supported to get home safely.

Others either didn’t receive support despite reporting (9%), were cared for by staff (6%) or received hospital assistance (6%). This illustrates potential inconsistencies in support available to spiking victims. Some students are receiving support after experiences of spiking, however 9% of students did not receive any support. Work still needs to be done in terms of accessibility of available support and services for spiking victims

Overall, our research concludes that drink and drug spiking is an issue that students experience. Moving forwards, we suggest that means of support need to be available and accessible to spiking victims at the point of spiking in venues, bars and clubs. Other action points may include staff and security training on how to provide adequate support to victims and how to spot behaviours associated with spiking.

If you would like to find out more or speak with anyone about any of the information we have shared, please refer to the following advice and support services.

Victim Support is an independent charity dedicated to supporting victims of crime and traumatic incidents in England and Wales. Access the Supportline for free on 08 08 16 89 111, 24/7, or visit the website for more support options.

Rape Crisis is a network of local centres providing specialist support and services for victims and survivors of sexual violence.  Visit the website to find a local Rape Crisis Centre, get online emotional support, or access information and self-help tools.